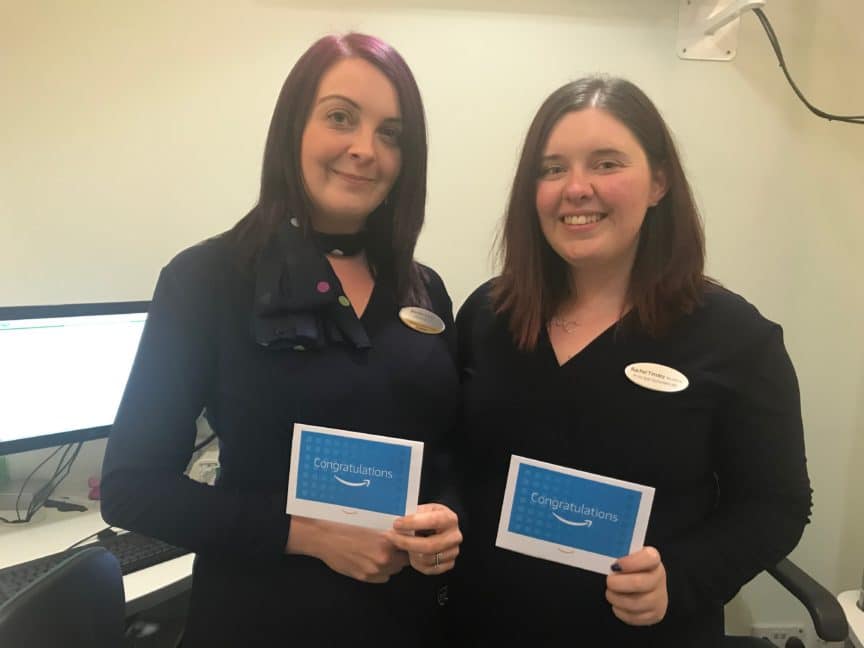 Optometrists Rachel Tinsley (right) and Jennie Kimble (left) from St Helens are the first winners of the #welcome a friend competition on the Specsavers Professional Network.

They each win a £25 Amazon voucher and have also been entered into the overall prize draw to win an iPad on 10 September.

The network on the O365 platform Yammer allows optometrists throughout the UK and Ireland to connect and collaborate on clinical issues.

Rachel, who is principal optometrist in the store, brought Jennie, who had just returned to the store after maternity leave, into the network with a #welcome Jennie Kimble. She did so on her own post in the OCT group about a woman in her early 50s who had to be referred urgently to the hospital eye service after an OCT scan showed presence of a pre-retinal haemorrhage.

A shining star in the Specsavers Professional Network, St Helens has all eleven of its optometrists on the network. They have also used it to highlight interesting cases by gathering around the computer screen during clinical training, a suggestion from optometrist Tracy Meadows.

Rachel was interested in the network as soon as she heard about it at the start of the rollout at the MiniPAC in Bolton on 2 April. After enjoying reading the posts on the OCT and clinical talk group for a few months, she posted her first case on 2 July and has posted several more since.

She said, ‘It’s so interesting. You never know what’s going to turn up your test room and it’s great to learn from the experience of optometrists throughout the network.’

Jennie added, ‘I’ve looked at loads of cases on the network since I joined. It has really helped me to catch up on my return from maternity leave, and to build confidence in working with OCT which we didn’t have before I went off.’

#welcome an optom friend to Yammer and win!

Print or save to favourites 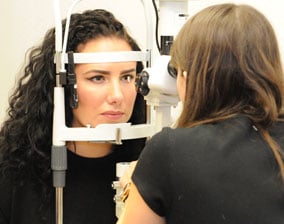 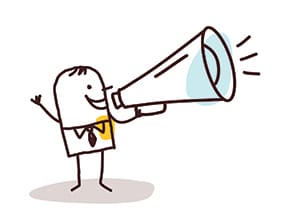 Your guide to ProFile online
Features & benefits, how to log in, FAQs - plus downloadable store poster